Defensive Stocks: Pros and Cons And When you should Trade Them 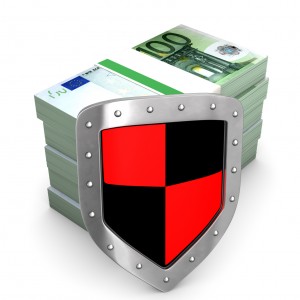 Defensive stocks are known as such because they are not as susceptible to the market cycle as other stocks. They are also known as non-cyclical stocks as their price does not follow the economic cycles to the same extent as cyclical stocks. Usually, stock prices will change with the economic cycle; prices typically peak just before the economy turns into a contracting phase and prices usually begin to rally again just before the economy turns back into an expansion phase.

Defensive stocks will not be as affected by the economic cycle as much as the broader stock market is. These corporations usually offer some type of service or goods that have a very flat demand curve. This means that demand is very sticky and does not change very much for each increase or decrease in price. The effect of a substantially stable demand is to create relatively stable incomes and revenues for these companies. Because of the reliability of these company’s cash flows, they also tend to pay consistent and high dividends.

Why invest in Defensive Stocks?

Defensive stocks are the type of shares investors turn to when they fear a strong bear trend lies ahead. They are also considered a necessary part of a well-diversified stock portfolio. The reason they are deemed useful in times of market distress or in terms of diversification is due mainly to the fact that they generally less volatile. Therefore, they are less likely to see the same reductions in share price as would be the case with cyclical stocks. This phenomenon is known as Beta, which is the extent to which a share price will change when compared with the broad stock market.

A stock that has a Beta of 1 means that if the broad stock market, for example FTSE 100, goes up or down 5% then so too will this share’s price increase or decrease by the same amount. Beta is, therefore, a factor that determines how volatile a stock is compared to the broad market. Let’s look at an example, as to use this factor we need to consider excess returns. This is the return of an asset above the risk-free rate. Stock A has a Beta of 0.5 and the expected return for the FTSE 100 is 5% with a risk-free rate of 0.50%. So the expected return for stock A would be equal to 5%, minus 0.50%, multiplied by 0.5 plus the risk-free rate; ((5-0.5)*0.5)+0.5 = 2.75%.

When the general stock market is doing well, it seems clear that holding defensive stocks will weaken the performance of a portfolio. However, investors hold them as stated above due to their lower volatility, but also for another reason: consistent and high dividend streams. Certain companies withhold paying dividends to control their share price; others simply pay low dividends partly for the same reason or for cash flow requirements, which arise mainly due to uncertainty. Defensive stocks routinely pay consistently high dividends as their income flow is usually reliable and steady throughout all cycles. These constant dividend yields also help offset reduced price performance in the bear market cycles. Holding a substantial portion of a stock portfolio in defensive stocks can help take the sting out of a bad year for stocks, as these shares often pay an average of around 5% in dividend yield.

Utility companies are probably the most well known of the defensive category. These companies are not very affected by the economic cycle; people always want to keep themselves warm or watch TV, so consumption changes tend to be relatively small. The National Grid, which is the UK’s largest electricity and gas company, offers a dividend yield of 5.2%.

The Pharmaceutical industry is another sector for defensive stocks. Consumers will tend to cut back on other expenses before the forfeit of looking after their health. GlaxoSmithkline, which makes some of the best known over the counter medicines, has a dividend yield of 6.6%.

General consumer goods is another sector that is considered as defensive; consumers can only save so much when going to the supermarket. Companies like Unilever, which have an extensive range of items from cleaning products to dairy products, has a dividend yield of 3.41%.

Another less likely candidate perhaps, for defensive stocks are tobacco companies. True that, in most developed companies, there has been a large decline in tobacco consumption, but the trend is different in developing economies. As consumers in these economies become wealthier, they are also spending more on tobacco, where the anti-tobacco campaigns have not yet started. Imperial Tobacco and British American Tobacco both have dividend yields of 4.4%